The film, "Maeda Construction: Fantasy Sales Department", is based on a true story in which Maeda Corporation (Maeda Seisakusho Co., Ltd.'s parent company in Tokyo) examined just how much it would cost to construct the gigantic building that appears in the animation, "Mazinger Z".

Maeda Seisakusho Co., Ltd cooperated in estimating the construction costs in the movie, and is also featured in the movie by name. In addition to filming done at the head office, there are also appearances by employees as extras, as well as appearances by Maeda products such as mini cranes. 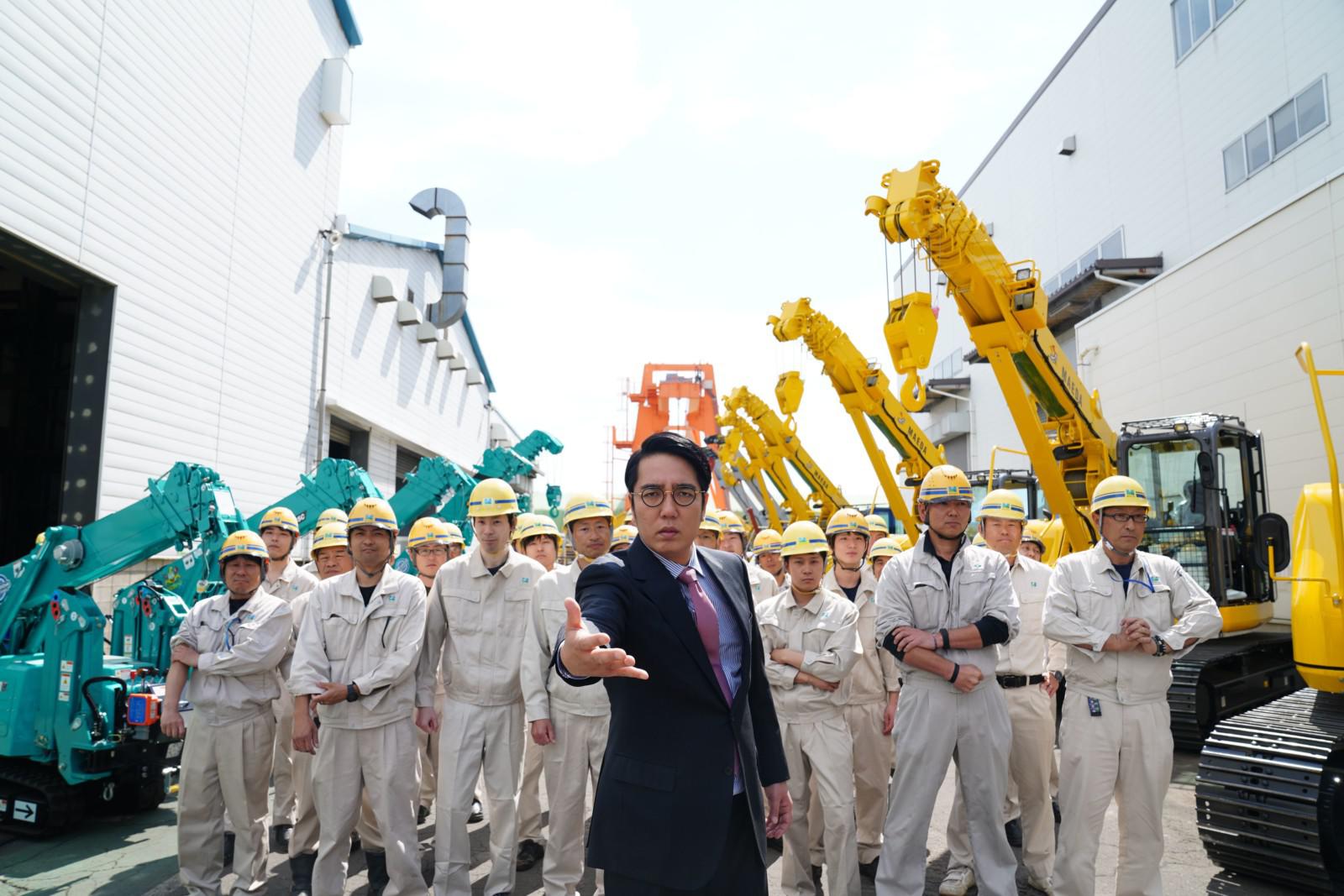 In 2003, young employee volunteers created the Fantasy Sales Department at Maeda Corporation. The department was designed as a public relations project, intended to attract once uninterested people to the construction industry.

One of the Fantasy Sales Department's most successful activities involved estimating the time and cost necessary to construct the huge building that appears in popular animation such as "Mazinger Z" and "Mobile Suit Gundam". After publishing their findings on the web, they attracted media attention and were featured in books (including Gentofen, 2004, and several more) and their story was adapted for the stage (European Planning, 2013).

The unusual story was noticed by a film director who saw its film potential. Now, it has become a live-action film that will be released nationwide on January 31, 2020.

The film will surely spark interest in the construction industry in all audiences.